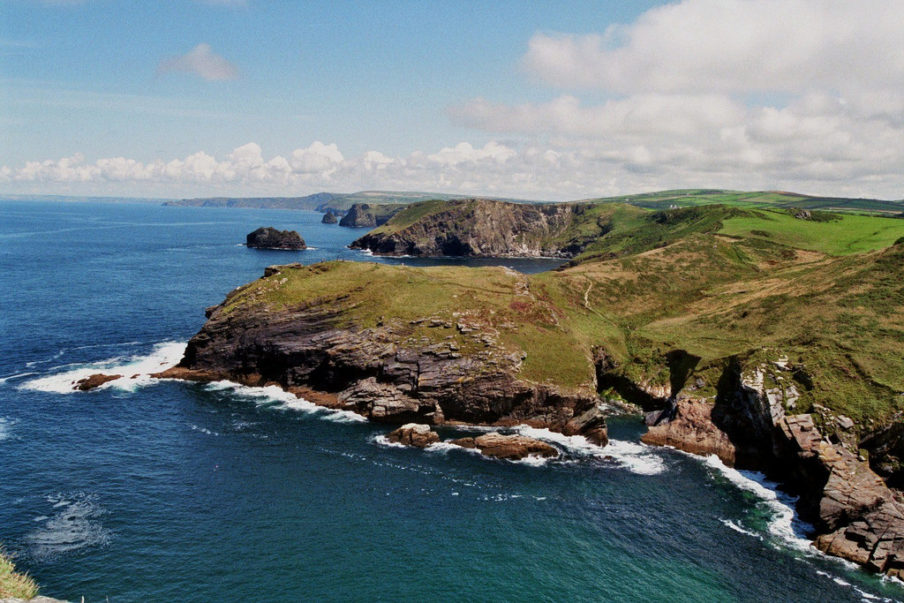 Planning a holiday, vacation or trip? If you’re interested in the legends of King Arthur, these are the perfect destinations for you. They’re all in the UK too, so you could see them all in a week! Arthur’s Seat is a group of hills in Holyrood Park, Scotland. Not only does it boast impressive views of Edinburgh, but a historical connection with King Arthur. It is believed to be the site of a Roman military base, and Edinburgh itself has been identified with the Castle of Maidens. However, it is also possible it was named after a local hero who just happened to be called Arthur, or its name is a corruption of a possible original name – Archer’s Seat. Moving south, Hadrian’s Wall is a Roman structure constructed in 122AD to keep the “barbarian” Picts out of Roman Britain. Along the wall are several forts, including Camboglanna, which many believe to be a possible origin of the place known as Camlann, where Arthur’s final battle took place. This is the location I used in my book The Forgotten Sister. Caerleon is a town in Wales, which boasts the site of a Roman legionary town, which is where the name Caerleon may possibly come from (Caer Legion –  fortress of the legion). The site, Isca Augusta, has an amphitheatre, roman baths and legionnaire barracks. It has been historically known by locals as King Arthur’s Round Table. Geoffrey of Monmouth, a Caerleon local, states that it is the location of Camelot castle. It certainly would have been contemporary with the historical Arthur and may have been the location of one of his many battles. Tintagel is one of the must-see locations for King Arthur fans. It is the home of his mother, Igraine, and her first husband, Gorlois, as well as his half-sisters Elaine, Morgause and Morgana before their marriages. It was here that Merlin cast a spell on Uther Pendragon, Arthur’s father, so that he could seduce the Lady Igraine. Some people also conjecture that it is the location of Camelot, though this would be contrary to the recorded myths which establish Camelot as a separate location.

Bear in mind that the current ruins that stand there are late medieval, but recent archaeological exploration has revealed a possible a sub-Roman structure. The final stop on our Arthurian tour of Britain is the town of Glastonbury. Perhaps better known for its annual music festival, it also has a number of Arthurian connects. The most prominent of these is the hill of Glastonbury Tor, topped by the listed building of St Michael’s Mount. At one point, this hill may have been an island in the flooded Somerset levels, and was referred to as Ynys yr Afalon – the Isle of Avalon, where Arthur was taken away to lie in his enchanted sleep. There was also the extremely dubious discovery of Arthur & Guinevere’s tomb nearby.