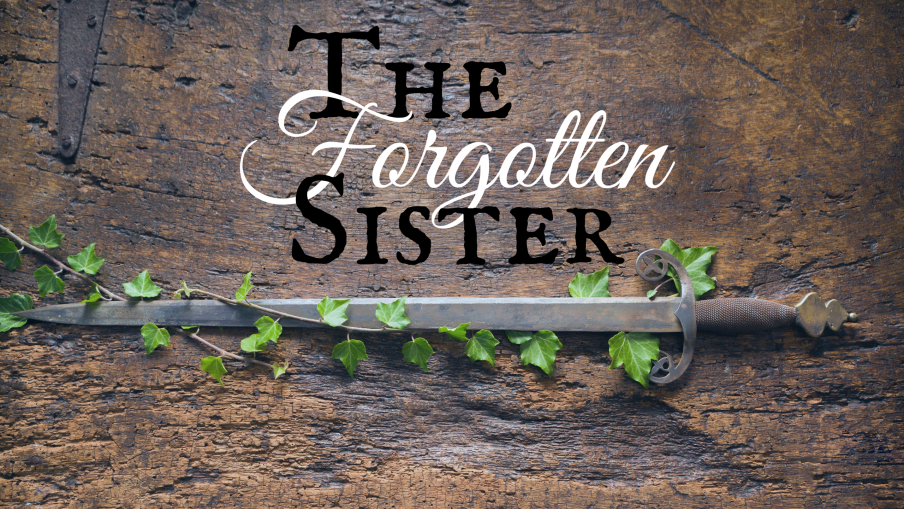 What inspired me to write The Forgotten Sister?

Another question authors get asked all the time is “What inspired you to write this?” To save you all time in asking me, here is what inspired me to write The Forgotten Sister.

I have always loved the Arthurian myths, and the thing I love most about them is that they can only be enhanced by the multiple retellings and reimaginings in novels, films and TV shows. As we discover more history, or a new version of the legend, it only adds to the magic of the original story, giving us new angles and new perspectives from which to explore a key cultural cornerstone.

But I was fundamentally disappointed with The Mists of Avalon.

Don’t get me wrong, I still rate it as one of the best Arthurian retellings out there. But it was not the ground-breaking, earth-shattering revelation all the Goodreads reviews made it out to be. It made a damn good TV movie, but the novel was that child star that did not transition well to adult acting.

It was so long, and I was lucky I was bed bound that week, or I would never have had the time to get through it.

It is basically one very long rant about the Christian church suppressing the native Pagan religion, and by extension, all the females in Britain, save badass feminist Morgaine. Yes, all of these things are true, but Mists of Avalon created this awful place where the men were out to get all the women, and the priests were just out to get everyone, and get rich doing it.

At least Morgaine was a badass sorceress who is determined to restore her religion and save us from these evils. Nope. She spent four books (it’s so long, it’s parts are divided into books) having, what we call in Northern Ireland, a whinge. A rant, basically.

Or she could just have a could moan about it, like in Mists of Avalon. And do almost no magic at all, even though you have spent copious amounts of my time telling me how badass your religion is when it comes to magic.

I have always wanted to write an Arthurian retelling, and I thought I could wash away the bad taste The Mists of Avalon left behind.

I wanted to write about the ladies.

The women in the Arthurian myths play extremely important roles, and are often catalysts to the action, if not taking a direct part in it themselves. But somehow take up so little of the narrative, and are often portrayed in an unnecessarily negative light. Apparently this was because of our two biggest sources. Thomas Malory was a massive misogynist, and Chretien De Troyes’ had a female patron, who was mostly concerned with the courtly love aspect and action scenes, not exactly the women themselves.

I decided to give them their turn in the spotlight – not a new thing by any means, I’m not reinventing the wheel. I picked the most important woman of all, and seemingly the most fun – the villain. I wanted to write about Morgan LeFay, and round her out. Explain why she did what she did. Give her a bit of understanding and sympathy.

Morgan LeFay is hard to write.

The way I wanted to portray her, she is damn right unlikeable. I primarily write in the first-person, to make thoughts and insight easier to convey. A woman like Morgan, being so intelligent, should realise all the horrible things she does might not get her what she wants. The beliefs she holds, a woman like Morgan should realise they’re fundamentally flawed. She spews hate left, right and centre, and comes across like a sort-of corset-wearing witchy Donald Trump.

She was a nightmare to write. She wasn’t even enjoyable in a love-to-hate sort of way. She’s also been done to death within the genre.

Then I thought, what about Morgause?

And then I thought: NO. If you know me at all, you know that I am fundamentally uncomfortable writing sex scenes. Seriously? You want me to write filth, and then my mother and or grandmother can pick it up and read it? Nope. Not happening.

SIDEBAR: My mother has suggested I put more sex in my next novel. This made me as uncomfortable as the time Kris Jenner suggested Kim (her daughter) pose nude for playboy.

I think my mother might actually be Kris Jenner.

Morgause has a lot of sex, and it would be a very boring novel for the main character to do something, and then announce at random intervals that she had sex. It might have been mind-blowing, but you didn’t get to read about it.

Plus, I wanted to stay as true to the original myths as I could, and Morgause has an arguably limited role.

Then I discovered Arthur had another sister.

And she is rarely written about. And boom – it was like an explosion had gone off in my mind. And the only way to put it out the fires it started was to write this novel. Elaine was a perfect character. She is a sister to all the big players, and as the Queen of Garlot and husband of one of Arthur’s most trusted generals, she had ringside seats to all the action. Because there is so little about her in the original myths, I could create her from the ground up. There were certain events that were non-negotiable, but all the rest I could create. She could be the perfect window into Camelot.

Whether or not Elaine was a historical person is up for debate, more so than the debate of whether King Arthur was real or not. But in case she was, I want to thank her. I want to acknowledge the fundamental role she had in helping me achieve something I have wanted for all of my short lifetime, even though history, and its bastard cousin legend, seem to have largely forgotten her.

The Forgotten Sister. See what I did there?