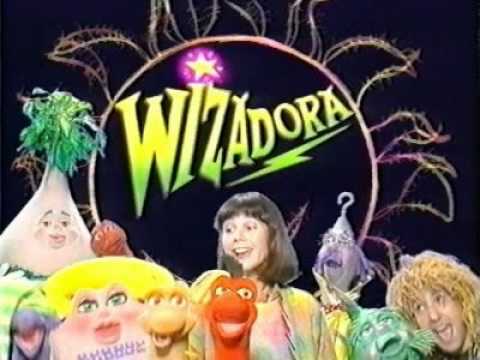 The Childhood TV Show They HAVE to Bring Back!

Which of my childhood TV shows should they bring back? That’s an easy one. Wizadora. I was obsessed with that TV show when I was a kid.

Basically, it was a live-action TV show about a girl named Wizadora, and she was learning to be a wizard. In the first episode, she’s given her magic wand and…hilarity ensues for the next five broadcasting years. She was always getting into sticky situations, usually as a result of a spell gone wrong. She would then try to get out of that sticky situation with more spells, which usually went wrong. Lots of fun characters, usually puppets, would pop in to say hi or help her get out of her latest mess. Along the way she would learn important life lessons and new words.

It was like Wizards of Waverly place, with less moral ambiguity and dating Justin Bieber.

My dad surprised me by taking me to the live show one day after school in the Grand Opera House, and then he bought me a toy from the Disney Store. My dad won at parenting that day, unlike the guy in the background of this GIF.

They should definitely bring it back. Kids love silliness and magic, and it was such light entertainment that adults didn’t mind if it was on in the background, or being forced to watch endless episodes on VHS (sorry granny!).

If they do bring it back, tell them to please hire me as a writer. It will give me an excuse to watch the old Wizadora episodes back-to-back without looking like I have serious issues. Or if someone could lend me a child, that would be great.

I also loved the Worst Witch (sensing a pattern yet?).  Based on a popular series of books (which I also loved), it chronicled the adventures of Mildred Hubble, who’s heart was in the right place, but rarely her spells. She went to Cackle’s Academy for Witches, along with her wonderfully ethnically diverse friend group, and had all sorts of magical misadventures, to the consternation of their form teacher and Potions Mistress Miss Constance Hardbroom.

I asked my mum why I couldn’t go to Cackle’s Academy, and the explanation about witches not being real went right over my head. I was pretty satisfied with her next point about it being an all girl’s school, until they had an episode where a boy was allowed to go. I only gave up asking when she said that it was a secondary school, and I wasn’t old enough to go yet.

I’m still wondering if I would have been better off with a GCSE in Potions than rather than RE.

They did try to bring back the Worst Witch, and it did alright, now featuring Mildred’s cousin Hettie, but it wasn’t the same without the original Miss Hardroom, played by the formidable Kate Duchene.

I also really liked the spin-off from the original show, Weirdsister College, in which Mildred went to uni and had more grown up story lines. Unfortunately, it was cancelled after the first series, but those thirteen episodes are pure nostalgia. And nothing like uni was for me.

Someone probably will try to bring the Worst Witch back again, but make it darker and edgier (sigh!). Poor Mildred will probably get caught up in an ethically challenging battle with a bad witch, in-between experimenting with drink and drugs, and having a lesbian fling with Maud Moonshine.

But I won’t lie. I’ll probably still watch that.

Did you love the Wizadora or the Worst Witch? What childhood TV show do you think they should bring back? Let me know in the comments below!