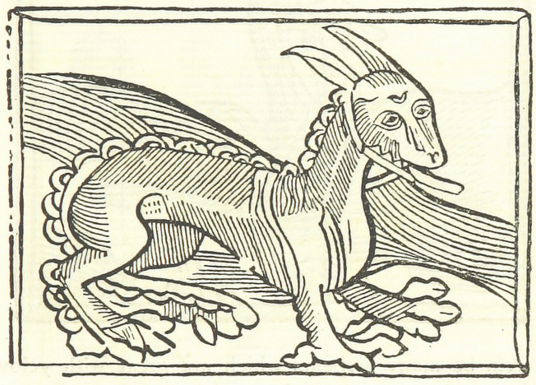 It was hideous. It had the head of a dog, but with great teeth like a serpent, set in the maw of whale. The thick, misshapen head sat upon the twisted body clad in scales and spines, like the foul offspring of a lizard and a porcupine. Its clawed toes drummed a sick rhythm against the cave floor.

She woke up in the cave, surrounded by the foul stench of rotting carcasses, her hands sliding in the blood and muck of its recent kills. Her father would pay for setting her outside the walls, she would see to that. What was the point in being princess if you could be chosen in the lottery?

She wondered why she had spoke to it. It had never been capable of speech. It was just some hell-beast, who had taken a woman from their town very week until the wall was built and the lottery founded. Now it took tribute only once a year.

But then it spoke, and she listened.

“Love me,” it croaked, in a voice like a chicken’s death rattle.