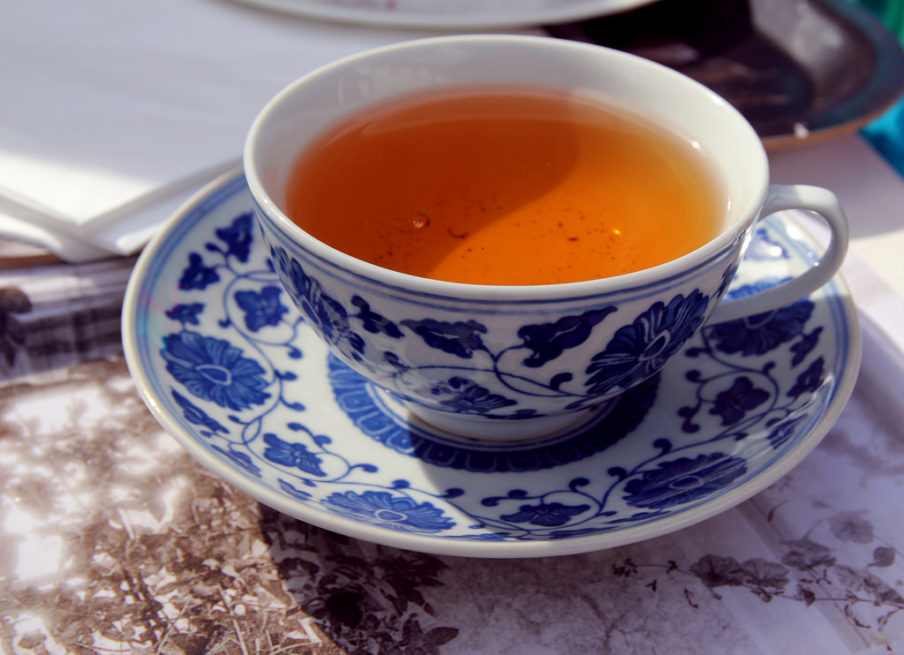 Leila found the rabbit hole by the great oak tree. As she approached it, it widened, and the girlish curiosity she thought she had abandoned overcame her. Ignoring her treasured tea dress, she climbed in.

Scrambling over the rocks and roots, she went deeper and deeper into the hole, until the sun became a distant memory. She did not see a rabbit the entire time and, if she had been paying more attention, she would have noticed that it did not branch off into little tunnels like a true rabbit warren. It just went further and further, until turning back was no longer an option.

When she emerged, she was in a field. A brilliant green field, stretching as far as the eye could see. Just beyond the horizon, she could make out a river, and a single boat. She would explore that after she finished with the most peculiar object that was plonked in the middle of the field.

It was a table set for high tea, white cloth and fine willow-patterned china, but with no guests. She was hungry from her journey down the rabbit hole. So hungry. There was a great stack of eclairs upon a quaint little stand. She helped herself. They wouldn’t miss one. She’d just move the others so the absence was not conspicuous.

She popped the eclair into her mouth and it exploded in a deluge of creamy flavour. It was exquisite. She would simply have to have another. Leila hoped that the guests to the tea would not arrive, at least until she had her fill.

As she ate, a man approached, dressed in the most fabulous colours, and a huge hat that seemed to touch the sky. He saw the half-eaten eclair in her hand, and smirked. She wiped the remains of the pastry from around her mouth, and addressed him.

“Am I in Wonderland?” asked Leila. She loved that novel by Carroll.

She now knew it was not a table that had been set, but a trap. An eternal afternoon, where she would be an eternal guest at their everlasting tea.