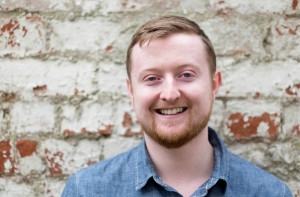 ieran is a Belfast-born author. He wrote his first novel at age 5 – he also received his first rejection letter at this age. He has been writing ever since and has produced his debut novel The Forgotten Sister, an Arthurian retelling, in 2016. This was quickly followed by Mists Over Newbroke, a chilling gothic horror novella. In 2018, and 2020, The Forgotten Sister gained two more books in the Tales of Camelot Series: The Forbidden Sister & The Jealous Brother.

Inspired by the stories of his childhood, Kieran writes the type of stories he wants to read – exciting tales full of compelling characters in captivating locations and tinged with magic.

A devoted book lover, Kieran can also be found on Instagram and YouTube, talking about the stories you need to read.

Fill in the form below to join the list and receive your EXCLUSIVE FREE Gothic short story entitled “Of This, I am Certain”.