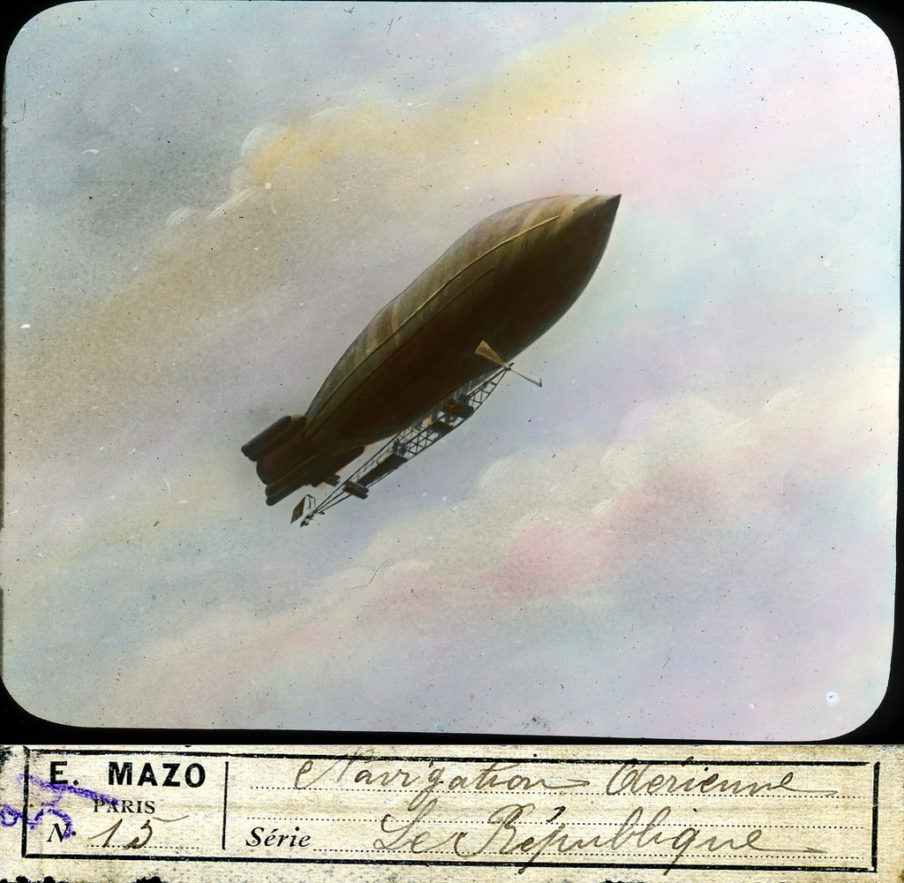 The Princess in the Clouds

High above the world, she slept. The SS Thorny Castle, circling the skies with its single passenger. A girl of sixteen, fast asleep for over a century.

You could tell how long ago it was because airships had gone out of fashion ages ago.

It was Dr. Montgomery’s sole aim in life to free her. Not because he entertained any notions of true love’s kiss – she was sixteen to his thirty after all. No, for the science, the challenge, the sheer notoriety of it all. The Royal Society would have to take him seriously when he landed the SS Thorny Castle on their neatly manicured lawn.

Lady Louisa found the whole thing preposterous. Which was rich coming from her, since most people found her adventuring and propensity for wearing leather preposterous. That’s why he was surprised to find her waiting on the roof for him, on the day he was due to launch.

He coughed loudly to cut her off. Forward thinking as he was, not even he could permit such language from a lady. At least not until things got a bit rougher.

The ride in the aeropod was very quick. He had timed the launch perfectly, so that the airship was overhead and they need only go straight up. They punctured the side of the airship with grace.

“So, let me get this straight,” said Lady Louisa, her voice like a buzz through the radio of the masks. “We puncture the side of the ship and race through this hydrogen chamber before it goes up in flames for what reason?”

“There’s an electrical field around the airship, one that interferes with ship systems. The airship must be protected from it, but any craft would be compromised upon docking. We must rescue the girl, take control of the navigation system and make a landing. This is the quickest way to the bridge.”

“Hmm,” she replied. “I feel like that was a carefully constructed lie just so we’d be forced to land on the Royal Society’s lawn.”

The vicious clockwork dolls on the upper deck hadn’t been fun to encounter, but Lady Louisa and her revolver dispatched them with efficiency and aplomb.

“I’ll tell everyone you got at least two,” she offered.

He shook his head. “I’ll let you have all six. You let me have all those zombies on the continent.”

“Fair do!” she replied, and they raced onto the bridge.

There, among the blinking lights and levers, completely incongruous, was a bed. And in its centre was lay a girl of no more than sixteen, angelically featured and with a tapestry of honey coloured curls sprawled across the velveteen pillows.

“So, Monty, how do you propose to wake her?” asked Lady Louisa. “I hope you’re not going to kiss her. I am terribly opposed to the kissing of unconscious women.”

“Don’t call me Monty,” replied Dr. Montgomery, as he produced a bronze cylinder from his waistcoat pocket. “And with this ingenious device. There’s no such thing as magic, so there’s no way this girl is under a spell which can only be broken by true love’s kiss. It must be a very strong chemical sedative, and I have just the alternative. A cocktail of adrenaline, phenethylamine, dopamine, and oxytocin.”

“True love in a bottle! You could sell that one Monty!”

He frowned at her continued use of his old school nickname and administered the device to the sleeping girl. After she stopped screaming about spinning wheels, during which Dr. Montgomery happily retreated to the navigation control panel, she was rather pleased to be rescued.

“Oh, wonderful!” she remarked. “I so disliked being asleep.”

“My dear,” said Lady Louisa, who for all her fondness for leather, was just at home in a society salon as a gunfight. “Do tell me how you ended up here.”

“Well, old society dames can get very testy when you don’t invite them to things, especially evil geniuses. My father, king of industry and all that, forgot to appease the old money types. One carefully disguised syringe on the end of a spinning wheel, and well…”

“Let’s not dwell on it, shall we?” suggested Lady Louisa, as the girl started to well up. “Time to make a move.”

She joined Dr Montgomery by the control wheel.

“Think you can land this thing, Monty?”

He nodded. “Now I’ve control of the navigation systems, can’t be too hard.”

She leaned in close. “Best not mention the whole asleep for a century thing. She seems a little fragile on it.”

“What was that?” asked the girl, approaching.

“I was just remarking,” said Lady Louisa. “What a brilliant landing spot that lawn would make!”